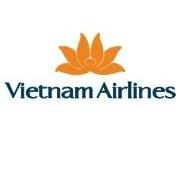 Vietnam Airlines has announced their 36th domestic service – Haiphong to Danang. With effect from April 28, 2011, this route will be flown five times per week on Monday, Wednesday, Thursday, Friday and Sunday. One-way fares start from VND600,000 (USD30) plus taxes and surcharges. Haiphong is located on the northern coast and is a convenient starting point for tours of Halong Bay.

The quoted fare of VND600,000 (USD30) is the lowest one-way fare available between now and July 31, 2011. It is a Super Saver fare and is non-refundable. Fares are higher for other ticket classes and for travel during peak times. Taxes and passenger service fees are an additional VND104,000 (USD5).

Visit the official Vietnam Airlines website at http://www.vietnamairlines.com for more information or to make an online reservation.  If you are in Vietnam, you can contact the Sales Center by calling (84) 4 3832 0320.  To find the phone number for Vietnam Airlines offices in other countries, see the “Contact Us” section on the website.